Wildthorn by Jane Eagland
My rating: 2 1/2 of 5 stars **^
*WARNING: Contains spoilers*
While I did find this book very easy to read, from the smooth transitions to the depth of characters, there were a few things that bothered me. I'll start my nitpicking at the actual writing. There were a fair amount of typos, which... if you know me, is frustrating. Things like "Was I good child?" or "took if off" and other such problems sometimes made me remember that I was reading someone's first novel, instead of letting me get sucked into the story.
Okay. So ignoring that fact, I read this book very quickly, trying to figure out who had put Louisa in Wildthorn. The obvious answer was Tom, and although by the end Louisa finds out the treachery goes much deeper than that, it was still right. Basically she ends up hating everybody for what happened, except her parents and her unfortunate cousin Grace.
The reason Louisa was put into the asylum is also not clear from the beginning, but through flashbacks we find that she's a forward-thinking girl who likes doing 'boy' things like doing experiments, and she wants to be a doctor like her father. While Papa is supportive, no one else is. When he dies, her dream is basically crushed, but she's still very defensive about it.
As if this weren't enough, Louisa is also a lesbian. She had some crush on Grace before being put in Wildthorn asylum, but obviously couldn't say anything about it. And Grace got married to a guy named Charles.
What bothers me about this is... it seemed like the book was saying, "Because she's an independent girl, she also must be attracted to other girls." And it really has nothing to do with the main story, or with her being put in the asylum, because no one but her knew about it. Also, as a warning to anyone who still wants to read it, there is a short, nondescript sex scene between Louisa and another female character at the end.
-- 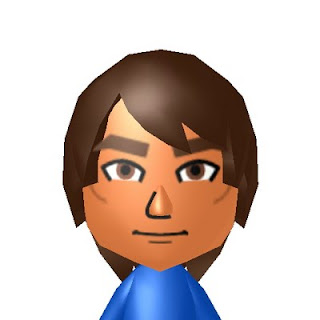