Story time.
Last weekend, I went on a mini-vacation with my husband, Jaron. For the most part, we lounged at the hotel and ate all sorts of body-destroying deliciousness. We did, however, spend one morning walking around a mall, shopping (but not buying). During this time, Jaron insisted on going into Game Stop. Despite my protests* I was whisked into the store.
After getting high scores on Wii Play Motion, watching several people play inFAMOUS 2, and glancing over hundreds of titles, Jaron and I eyed the used PSP games (we bought a PSP this year). That's when I saw this box art. 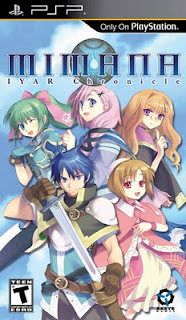